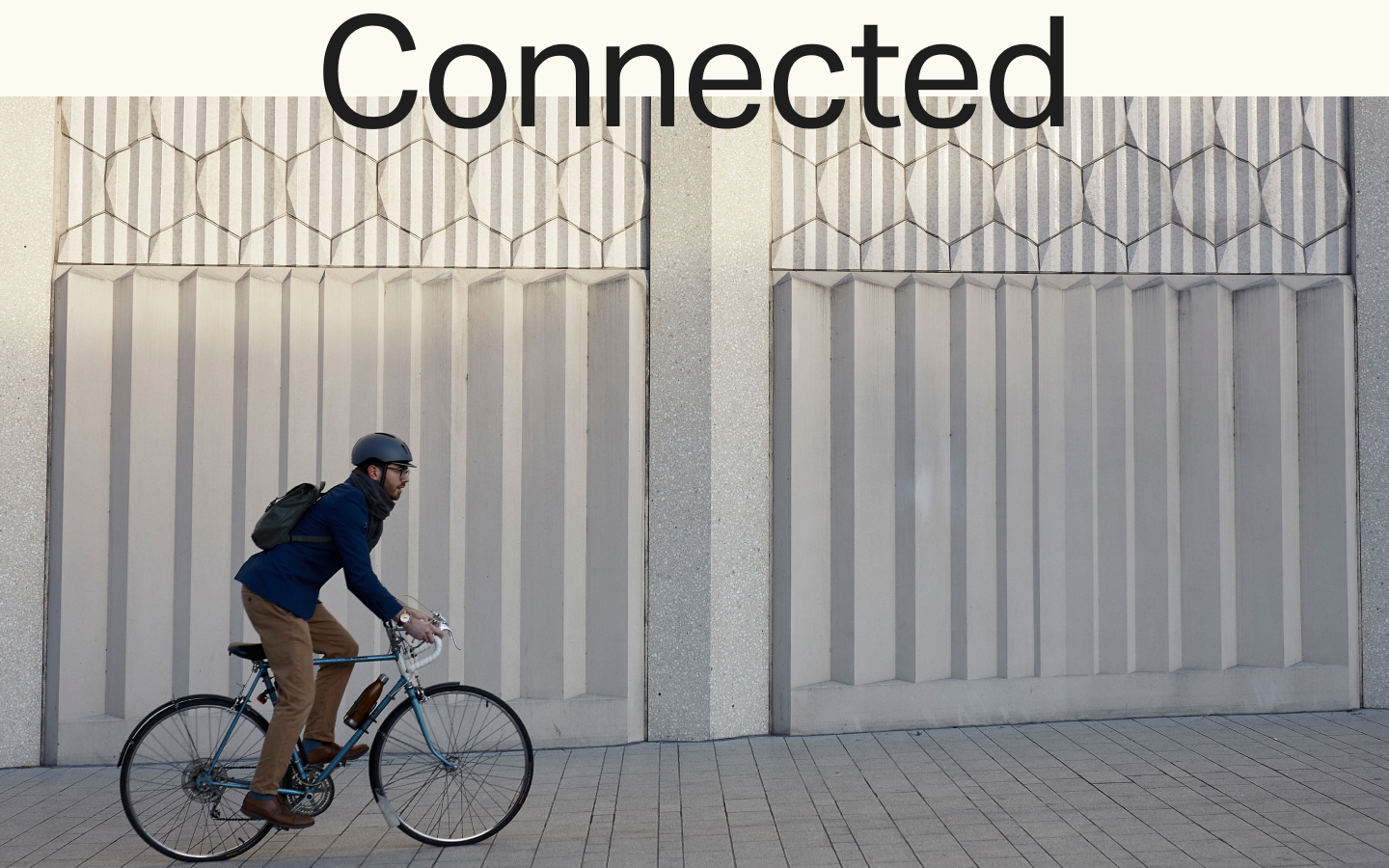 Your guide to commuter hubs in The Midlands

Is there a worse feeling than falling in love with your potential new home only to discover that the commute to work would be an absolute nightmare, there are no pubs, restaurants, supermarkets or petrol stations for miles around and the local schools aren’t up to much, either? We don’t think so.

Nobody wants to spend ages sat in traffic every day, and according to statistics from the Department for Transport released in 2018 the average UK commute now stands at around 26 minutes in each direction by car. So if you’re looking for a new home in the Midlands it’s important that you start out by thinking about your daily commute as a priority, just like you would with the number of bedrooms, the garden, parking and other essentials so that you’re not spending more time than is necessary out of the house.

At Strata we spend a significant period of time researching the areas for our potential developments, ensuring that the local roads can support the traffic and that buyers have plenty of options for commuting, relaxing and socialising. Fortunately there are a large numbers of towns and villages close to three of the Midlands’ major locations - Derby, Nottingham and Leicester . Out of town locations remain well-connected and gives you plenty of choice in terms of affordable locations to live, but still within close proximity to the city at the same time.

Commute times in The Midlands meet the national average

How do transport links affect property searches in The Midlands?

Fortunately for many commuters in the Midlands, the area is home to a number of major transport networks including the M1 motorway and the second longest road in Britain – the A38 – which runs directly from Nottingham to Cornwall. Not only does the A38 connect residents to nearby cities, towns and villages but there are also property prices to take into consideration. After all, you want to pay a good price on your new home in the Midlands and make a good return should you choose to sell in the future?

Data from Zoopla shows that in four areas around the northern end of the A38 – Derby, Burton on Trent, Lichfield and Mansfield – the cost of buying a home has risen significantly over a 10-year period between May 2009 and May 2019.

To show that this is also the case across the Midlands and not just on the A38 corridor, homes in Shepshed in Leicestershire – the location of our new Radiance development – have risen by £54,675 over the last decade.

What this suggests to potential investors is that there are a number of opportunities to make returns on your investment by buying in these thriving commuter hubs in the Midlands at the moment.

The great transport links, prospect of house prices increasing and quality of life in semi-rural and suburban locations all give reasons to consider these commuter locations for a move to the Midlands. Compare life in these places to city living, too, where costs are high and the space you can afford reduced and it makes great sense.

Here we’ve taken a look at the cost of commuting into key towns in the Midlands: Nottingham, Derby, Burton and Leicester from the surrounding areas to help you in your property search. You might find that you can get a more affordable, more spacious new home in Nottinghamshire, Derbyshire or Leicestershire that doesn’t involve compromising on the time it takes to travel or your budget.

It has been estimated that as many as 20 million people live within two hours’ commute, of Nottingham city centre.

Nottingham came out top in the 2018 National Highways & Transport (NHT) Network Satisfaction Survey, and not for the first time either. The region has ranked consistently high for satisfaction over recent years, which might have something to do with its falling traffic levels. In fact, Nottingham actually came out as the top-performing city for all public transport services including buses, taxis and community transport.

The property market in Nottingham: a snapshot

As you might expect from any of the UK’s big cities, homes inNottingham come with a premium price tag. According to Zoopla data from May 2019, homes in Nottingham cost an average of £270,000 and property prices have risen by 42% over the past decade.

If you move outside the city centre you’ll soon find that you start to get more property for your money. In Shepshed, a small the town 18 miles south of Nottigham you can find the Radiance development, a collection of 4 and 5 bed homes. Approximately 25 miles to the north of Nottingham via the M1 motorway, you’ll find our 360 development, a collection of new four and five bedroom homes. Zoopla data shows that the average house price here is £185,425. So, by moving less than 30 miles outside the centre of the city and commuting into Nottingham you could save yourself between £80,000 and £85,000.

You can drive to Nottingham centre in under 30 minutes from Shepshed.

Leicester: the Midlands’ retail headquarters – and a great commuter hub

Leicester should not be overlooked for its convenient public transport links just because of Nottingham’s reputation and the distance from the A38.

This is mostly because the M1 motorway, running north to south through the spine of England, runs through Leicestershire; something that has appealed to many of the country’s biggest retailers including Next, Dunelm and Wal-Mart who all have their headquarters in the city.

It’s not surprising, therefore, that so many people want to live within easy reach of Leicester. With the city reported to have the most traffic lights in the UK, finding the fastest and most direct route (by car or public transport) couldn’t be more important when it comes to buying a new home in Leicester.

Residents can find bus and train links throughout the many suburbs of Leicester which link areas such as Shepshed, the location of our Radiance development, Whetstone and Loughborough with the heart of the city. Commuting costs are relatively inexpensive, so living outside the centre could have all sorts of benefits.

The property market in Leicester: a snapshot

The average cost of buying a house in Leicester has been increasing for several years now, with Zoopla showing that properties in Leicester are 45% more expensive in 2019 than they were in 2009 with an average price of £231,738 compared to £159,616 ten years ago – an increase of around £72,000.

Living in Derby: the most central city in the UK with all the right connections

As you might expect from the city said to be the most central in the UK, Derby is well served by a wide range of public transport links and roads – including the A38.

The M1 also passes around 10 miles away from the city so you can easily travel to cities such as Sheffield, Leeds, Leicester and London; with excellent connections to other neighbouring cities including Buxton and Stoke-on-Trent. If your job often takes you even further afield, East Midlands Airport is 14 miles from Derby city centre with flights across Europe – and beyond – available.

It’s possible to make the most of Derby without with big city house prices. Burton on Trent, Ashbourne, Mackworth (the location of our now fully sold out Definition development) and Belper are all within a short drive to and from Derby and you can reach the centre of the city in very little time.

The property market in Derby: a snapshot

Homeowners in Derby have been enjoying a steady rise in house prices over the past 10 years, with homes in Derby increased by 38% over the last decade, increasing by a total of £58,788 to £210,369 compared to May 2009 based on the latest data from Zoopla.

If we move just a few miles outside Derby there are plenty of locations where you can also enjoy decent property price rises symbolising the potential for an excellent return on your investment. Burton on Trent, for example, has seen property prices rise by 45% since 2009 – a whole 7% more than in Derby – while homes in Buxton are now 33% more than they were ten years ago.

Our Temptation and Encore developments are both located in and around Burton on Trent, just over ten miles from the centre of Derby. According to Zoopla, house prices in Burton currently average £215,825, which is around £5,000 more than the average property price in Derby.

Note: Bus and train times have been calculated during peak commuting hours.